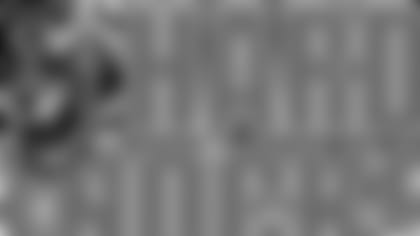 ](/news/article-1/Hard-Knocks-get-harder/cb83aa4f-dba8-4fd3-84d1-698bcfd818d0) » August 20: Hard Knocks get harder
The third edition of Hard Knocks offered us some things Who Dey Nation already knows but that the rest of the country might not.

](/news/article-1/A-Hard-Knocks-Life/97a570cf-94f0-4cc0-926c-19d1e52d3523) » August 28: A Hard Knocks Life
We are in a small conference room in three rows of chairs just above the Ohio River on the Kentucky side and most of the crew of about 30 that shot that 50-minute piece for HBO is doing what America is doing: seeing Hard Knocks for the first time.

@RobGehringNFL Great job this season with #HardKnocks. It was truly captivating from start to finish. — Dan Savage (@Dan_Savage) September 4, 2013

Great season of #HardKnocks, @TMOluvsFball! Best show on TV! I think you even got my mom to watch last night. @ZoesCupcakeCafe — Matt Bloom (@CoachMattBloom) September 4, 2013

Standing ovation for every last person that worked on HBO's #HardKnocks. That is an impressive television show. — Seth Weitberg (@SethWeitberg) September 4, 2013

@HBO #HardKnocks killed it again. The show always makes me route for teams I never cared about in my life. Go #Bengals! — Douglas Caballero (@dCABALLERO) September 4, 2013

The shots of the numbers getting cut off the jerseys are harsh.... and fantastic. #HardKnocks — Stephen King (@stephenVking) September 4, 2013

This article has been reproduced in a new format and may be missing content or contain faulty links. Please use the Contact Us link in our site footer to report an issue.

The Bengals support a music venue and think it would be a great addition to the downtown area.